From Wurst-Wasser.net
Jump to: navigation, search

It was one of these days...I had the idea that it would be cool to have kind of a emergency-button to trigger a sound. For example, if a calling customer really pissed you off, you can hit it (gently) and it will play a sound maybe shouting "what the f*ck"!

I built that completely in hardware, but it was a bit annoying that the sound quality of the recording chip was bad, and recording a new sound took a bit too long (attaching cable to my Mac, playing the desired sound while pushing the recording button).

So I decided to create new, better, more flexible version!

The App can trigger this actions:

Before you start....You are doing this at your own risk! If you end up with a fried USB port or even a dead computer, don't blame me! 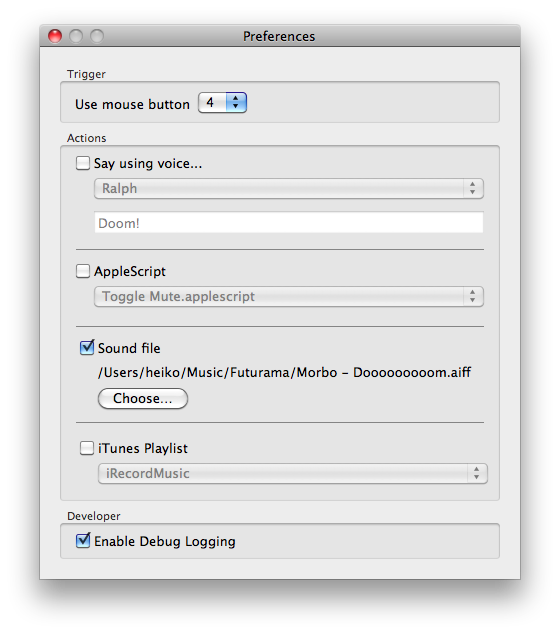