From Wurst-Wasser.net
Jump to: navigation, search

A larger nozzle will result in much faster prints, right? Since it affects the printing volume it will affect it like this:

Hoorray! 8 times faster! At least I thought that…

The prints were awful: 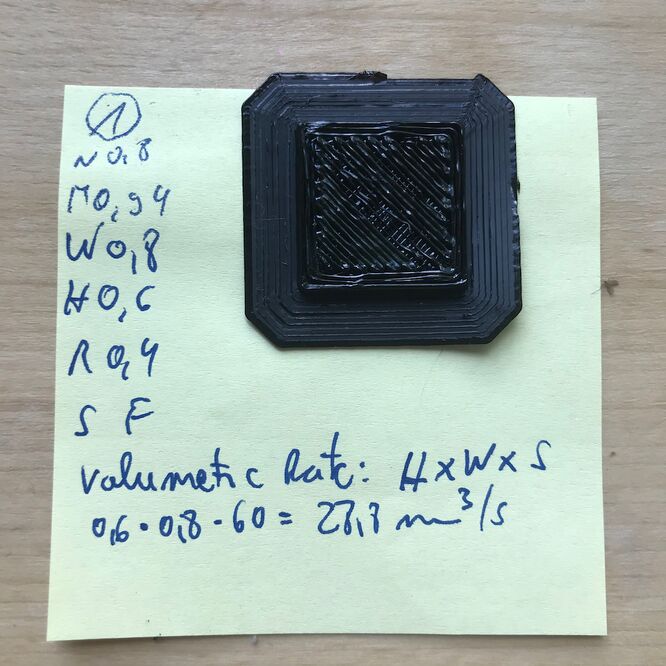 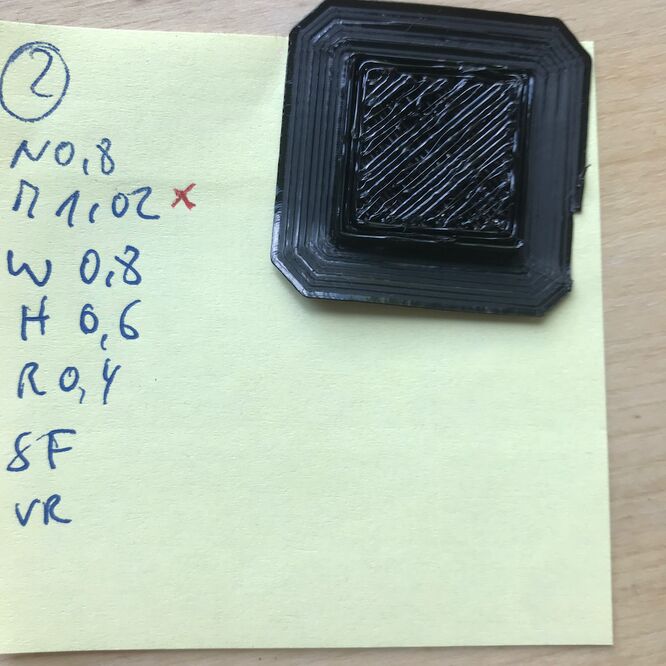 • looked like underextrusion, so extrusion multiplier increased → no effect! 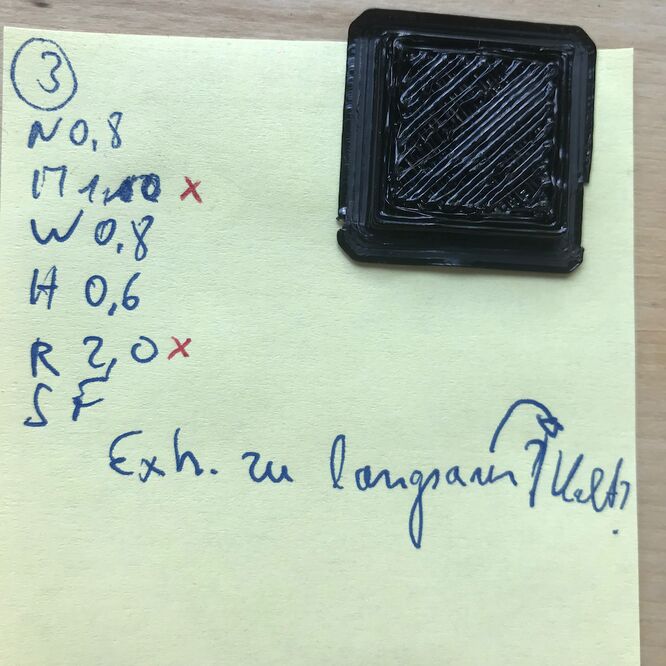 • still looked like underextrusion, so extrusion multiplier increased even more (the more, the better, right?) → still no effect! That was weird! Is the extruder-troughput somehow limited?

• this was the moment, I remembered that there was a limitation, the volumetric rate, which I had read about some weeks ago on Facebook Simplify3D - Deutschland and Bob's Project Notebook (Muppet Labs)
• I then calculated the volumetric rate (VR), and it was 28.8mm³/s…a bit high as it turned out…
(• and yes, I reduced speed from fast to medium in Simplify3D, but that actually didn't change anything. This preset only changes layer height, not the actual speed. And since I manually set layer height, it had no effect) 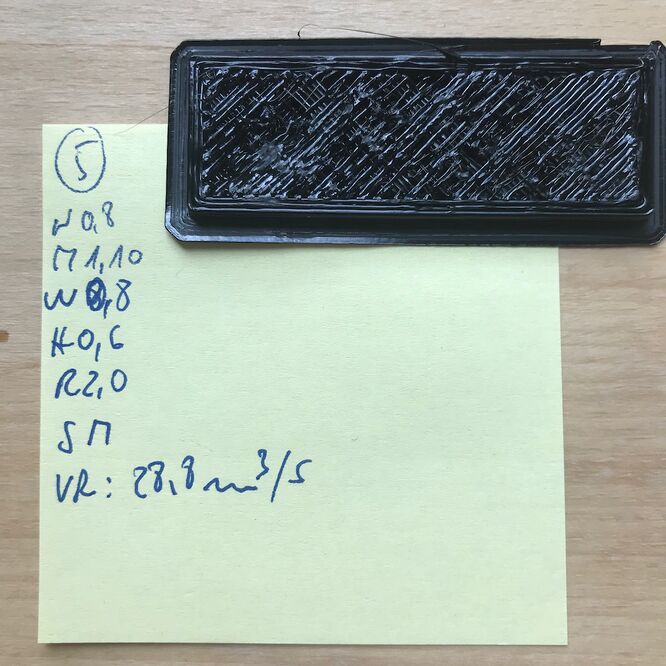 • no changes, just a bigger object… 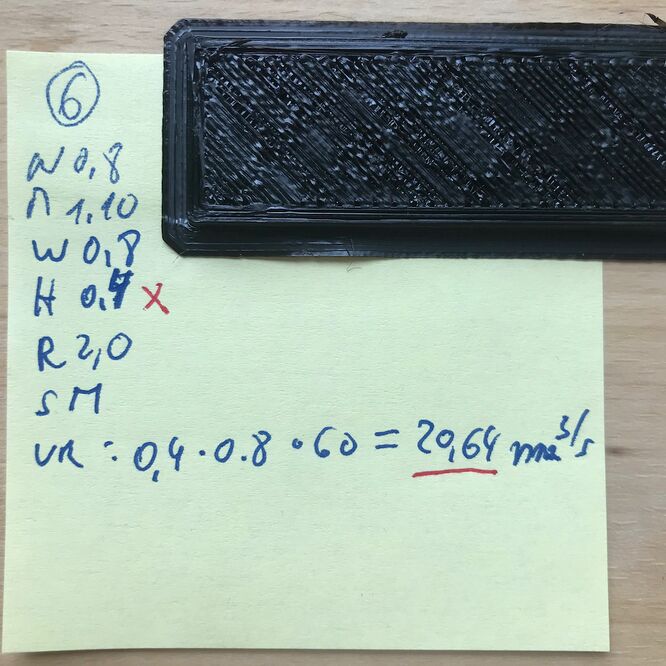 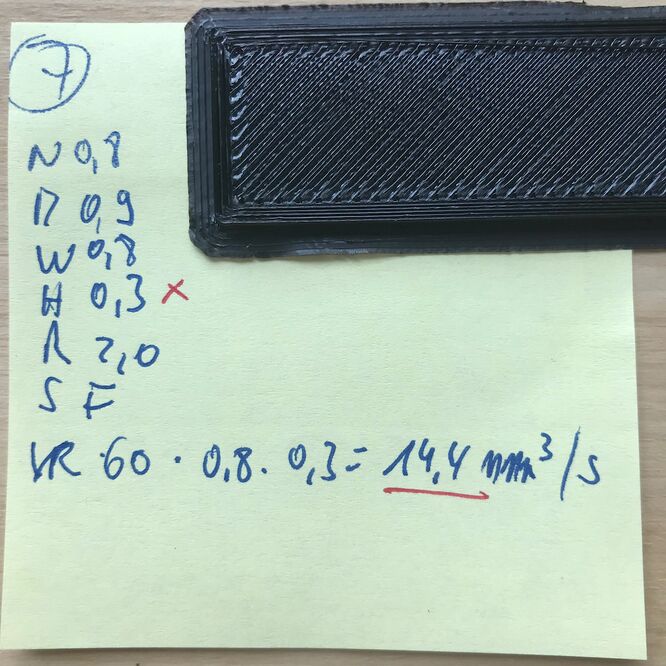 (8) It is more complicated than you think.
(9) For all resources, whatever it is, you need more.

Let's think this thru. We expected that printing would be 8 times faster - did we achieve this?

If that's right, we can compare the printing speeds for the 0.4mm nozzle and the 0.8mm nozzle by calculating the volumetric rate (VR), right?

NARF! We only doubled the printing speed!